Recent Star Wars media has changed how rancors are depicted, making them less fearsome and more sympathetic, which has made killing them in games like Star Wars: The Force Unleashed more difficult than before. The giant creatures have been a mainstay in Star Wars since the first rancor appeared in Return of the Jedi underneath Jabba the Hutt’s palace. However, newer Disney series have shown a new side to the huge creatures, meaning that facing them in games hits a little differently.

Rancors are powerful enemies for players to face in both canon and Legends Star Wars games such as The Force Unleashed, Knight of the Old Republic, and the 2005 Star Wars: Battlefront II. In KOTOR, players can find a rancor near the entrance of the Vulkar base on Taris. The rancor featured in Battlefront is Pateesa, Jabba’s rancor, and cannot be killed. Each time players must face the rancor as an enemy with no options to befriend or tame the creatures.

Their creators once described rancor as a cross between a bear and a potato which is more than a little unkind, although the comparison is clear for all to see. Although strong and dangerous enemies, rancors are also capable of understanding orders and being trained. Usually featured in Star Wars games as bosses to take down, rancors seen in recent series such as The Bad Batch and Book of Boba Fett have shown a new side to these seemingly monstrous creatures.

Star Wars: The Force Unleashed featured three different types of rancors for the players to fight. Each one is a fearsome enemy which the player must slay in order to progress. The rancors seen in The Force Unleashed are depicted as the typical mindless beasts seen in other Star Wars games. Starkiller encounters rancors on the planet of Felucia while hunting Jedi, including Jedi Master Shaak Ti. They are the second weakest of the various rancors seen in the game and are easily distinguishable by their face and body paint.

Also found on Felucia, a planet in the Star Wars galaxy, is the terrifying bull rancor. There is only one bull rancor in Star Wars: The Force Unleashed, and it is identifiable by its four tusks and pale skin. This rancor is the pet of fallen Padawan Maris Brood, who is slipping to the dark side, and was extremely protective of the young Zabrak. This loyalty mirrors the bond seen between Jabba’s rancor, Pateesa, and his trainer Malakili in Return of the Jedi, as well as the rancor introduced to Boba Fett in his eponymous series.

Pateesa features in Star Wars: The Force Unleashed as Jabba’s rancor is a mini-boss in Starkiller’s DLC mission to Tatooine. Players can kill Patessa, either with Force lightning or by crushing his neck with the door just like Luke does in Return of the Jedi. Just like the other two subspecies of rancor seen throughout The Force Unleashed, Pateesa is shown as a fearsome beast with little intelligence, creating no moral dilemma for Star Wars game players looking to progress their journey as Vader’s secret apprentice.

Star Wars: The Bad Batch animated series was the first new Star Wars production to show rancors in a different light. In the fifth episode, “Rampage,” Clone Force 99 is hired to rescue an individual called Muchi. The team tracks Mushi to Old Ord Mantell City on the planet of Ord Mantell and finds, to their surprise, that Mushi is not a child, but instead a young female rancor.

Mushi was shown in the episode to be a formidable creature who could fight off multiple enemies with the help of the Bad Batch and Omega. Once she became exhausted, Mushi was much more docile and enjoyed receiving affection from her rescuers. Mushi is depicted as quite cute, with Bib Fortuna calling her his sweet girl once she is returned to him, which stands in stark contrast to previous depictors of rancors seen in the Star Wars universe and games like The Force Unleashed.

Boba Fett was gifted a large adult male rancor in the third episode of his own series, titled “The Streets of Mos Espa.” This rancor was a gift from the Hutt siblings, known as the twins, as a peace offering to the former bounty hunter. From Fett’s interactions, the audience learns more about rancors and how they are often misunderstood creatures.

When Fetts visits his new pet, he finds the giant creature just lying there, and its trainer explains that it is depressed as rancors are emotionally complex creatures. The trainer explains that rancors are peaceful unless threatened and will imprint on the first human they see, which is why this rancor is wearing blinders. The audience and Felt learn that rancors can be extremely loving, as shown by him enjoying being stroked on the chin.

This unnamed rancor is shown as fully bonded with the Star Wars bounty hunter in the series finale “In the Name of Honor,” where he assists in the battle for Mos Espa. Here, Fett is shown riding him, indicating that at least some training has been done, and the two of them have a strong bond as the rancor obeys his commands. The rancor only goes on a rampage once separated from Fett and will not listen to Din Djarin’s commands. It takes Grogu using the Force to speak to him to settle and get him to sleep finally.

These new depictions could mark a turning point for future Star Wars games where perhaps players could gain a rancor as a mount via a quest rather than purchasing one. Rancors are available as mounts in Star Wars: The Old Republic MMORPG; however, they are gained via quest rewards, operations, or purchasing through the cartel market. New Star Wars games could perhaps add quests to bond with and tame a rancor. A rancor could make a powerful pet or even companion for the players, which would be much more interesting and in line with how newer Star Wars media has depicted them. With these new depictions of rancor, some players of Star Wars video games might feel bad whenever they take down a rancor. Both The Bad Batch and Book of Boba Fett seem to have gone out of their way to show rancors in a much more sympathetic light, which has sadly added a whole new level of guilt to confrontations within games such as Star Wars: The Force Unleashed.

90 Day Fiancé: Annie Claps Back At Fans After Lip Injection

Sarah-Jane Simpson is a writer for Screen Rant, writing articles for their Games section.
Based in Manchester, England, Sarah-Jane is an avid gamer and Dungeons & Dragons player.
Find her on Twitter as cevvie or Instagram as seeliesarah.

Kevin Hart Netflix Movie 'The Man From Toronto': Everything We Know So Far 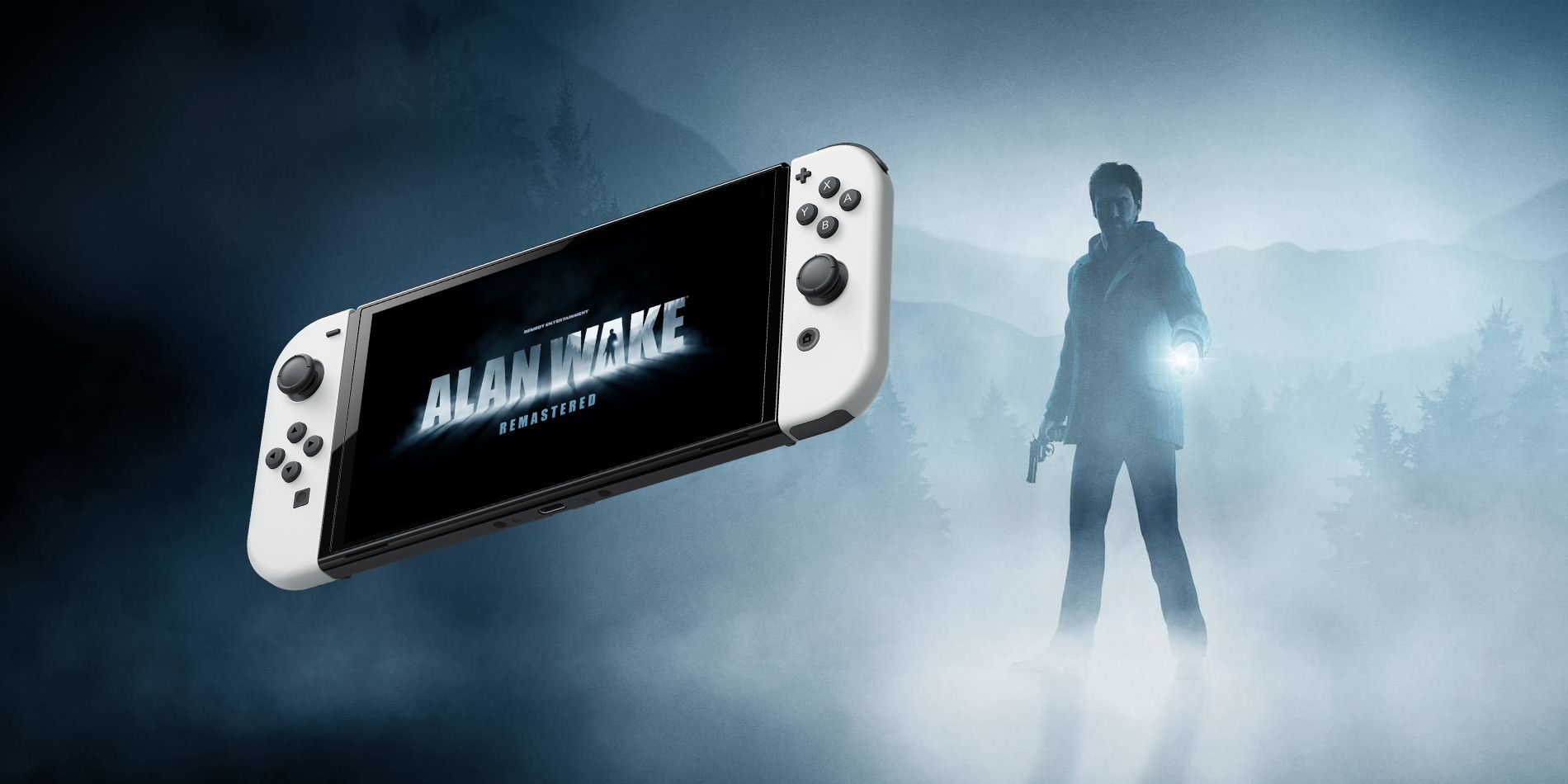 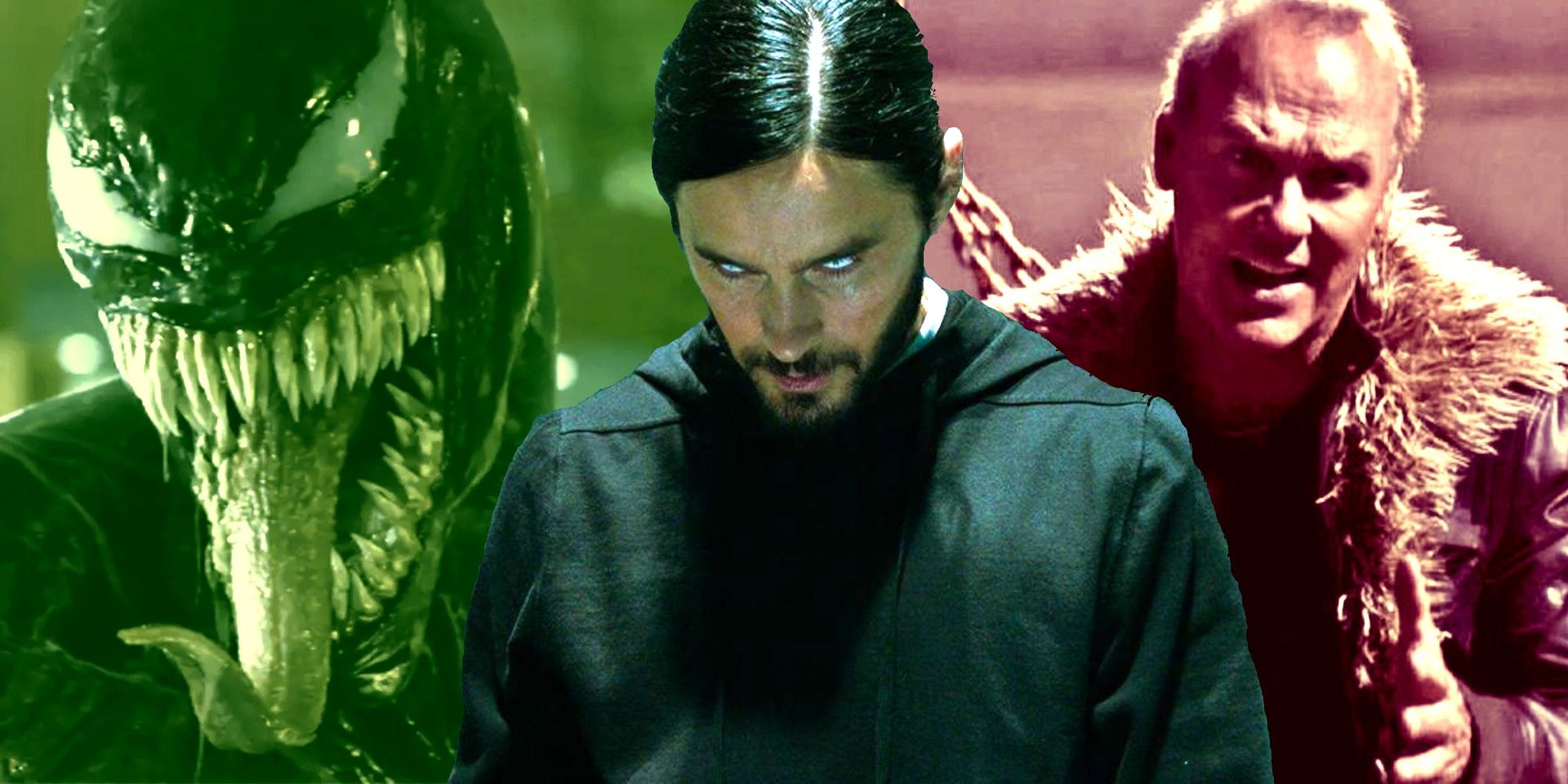 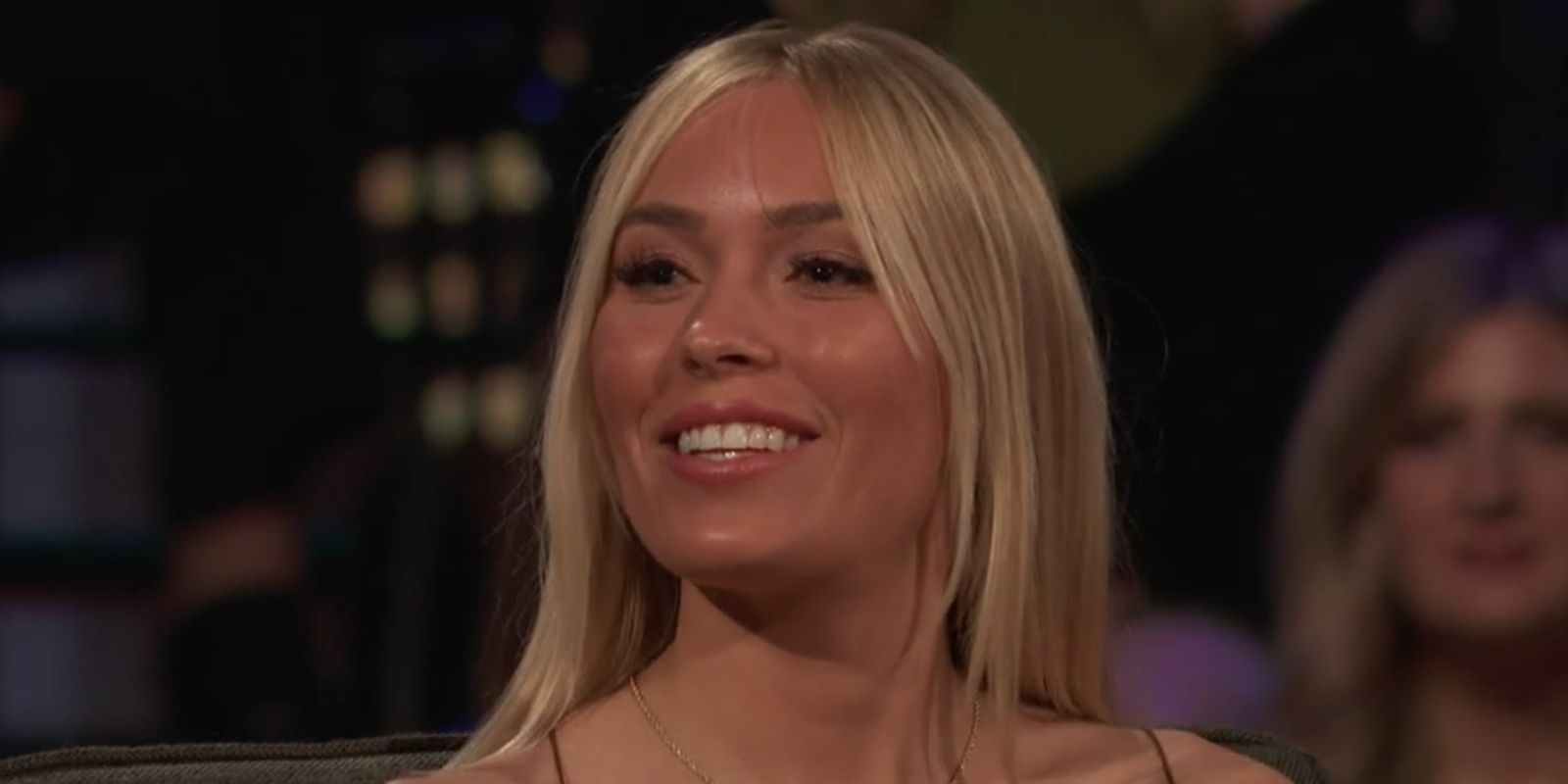 Bachelor: Why Fans Were Shocked To See Cassie Randolph At The Finale 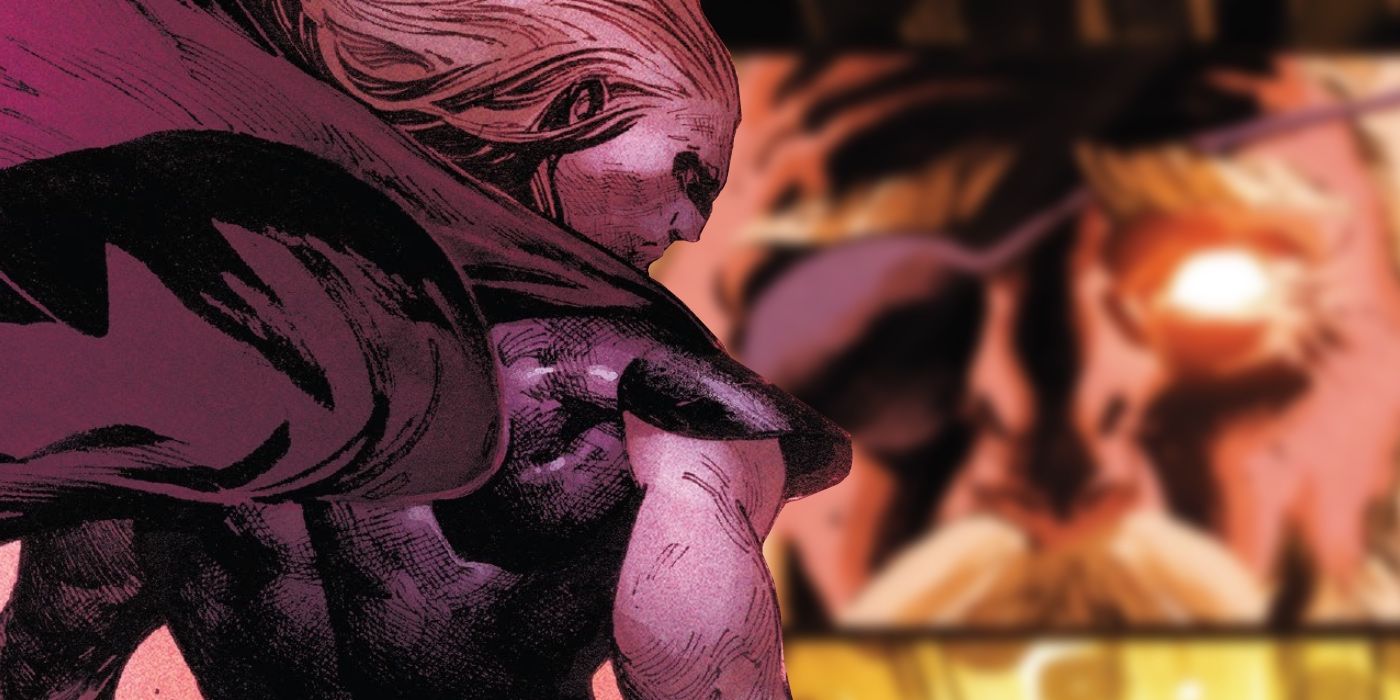